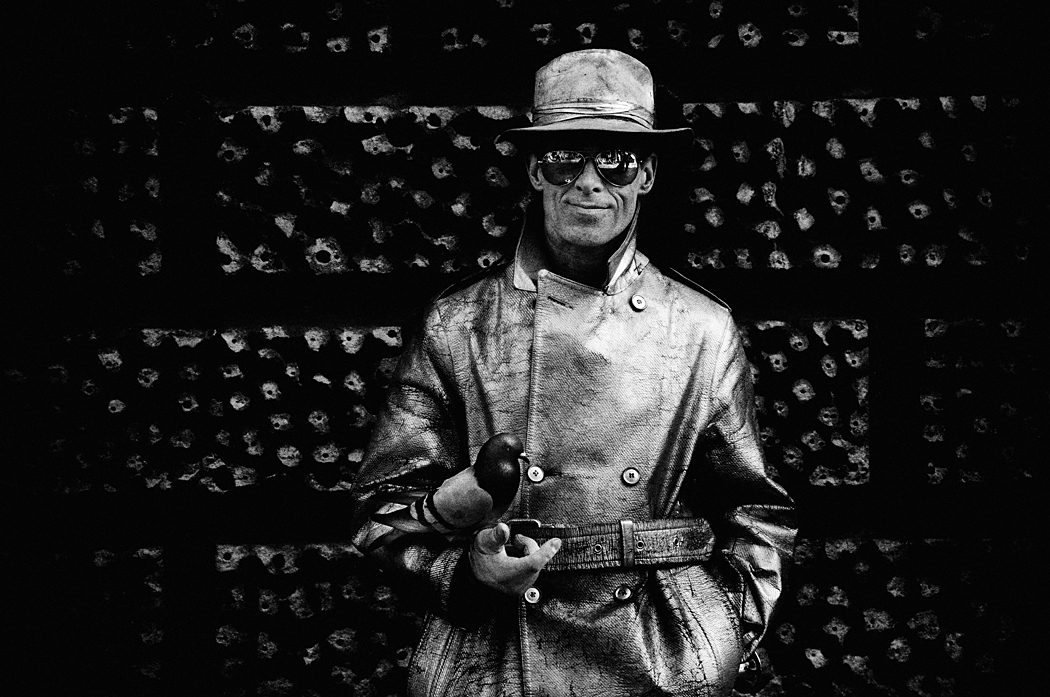 Speaking of 💩. Sorry, I mean world-beating. It seems our government bought the Instagram algorithm [which I don’t see a problem with!!] to manipulat, uh, I mean calculate this year’s A-level results due to the pandemic. And it would appear it worked as brilliantly as the world-beating Track & Trace app the government tested on the Isle of Wight which had a mere statistical anomaly of 96% failure on iPhone!

So, I genuinely shudder to think how 🤬ed up the exams algorithm was when they panicked and moved the goalposts again just a couple of days ago. A staggering 36% of entries had lower grades than predicted. So the government suddenly threw in the potential for students to appeal if the estimated result was lower than their mock exam. Do what?

The clue is in the title there people! Mock … exam. Not only are they early in the year – with months of teaching/study to come – but all schools do them slightly differently too. And having worked in a state school for well over a decade I can assure you the tendency for a great many of the kids to not take mock exams too seriously is right up there with … well, the result of the government’s Track & Trace system!

Earlier on BBC 5Live, Education Secretary, Gavin ‘I went to private school so have absolutely no idea what you’re talking about’ Williamson, was asked who came up with the mock idea. Four times he was asked that question; four times he didn’t answer it but essentially waffled on about something else. How the hell do these people ever pass an exam themselves?!

Q. If the sum of the circle is equal to the square on the opposite two sides, what is the angle of x when the dangle is 38%?

A. William the Conqueror was the first Norman King of England and his favourite cheese was cheddar …

Result. Outstanding. Become a Conservative MP and formulate government policy for something that you have no awareness of in reality. And, don’t worry, when you’re found completely wanting, we’ll move you to another department.

BREAKING NEWS [from the Fox News network, so it must be reliable] …

The truth is slowly emerging following Ivanka Trump’s rapid elevation into the White House as America’s ‘First Daughter’. She is pregnant … with Donald Trump’s baby.

Now, I know what you’re thinking, but it’s not as bad as you might first think because, let’s be honest, while he almost certainly would, she wouldn’t go there. Ivanka’s pregnancy has been confirmed through in vitro fertilisation. The procedure apparently carried out by the respected Smith & Jones laboratory in England. [Archive footage from Smith & Jones Laboratory]

It’s understood the seed was [more than metaphorically] sown in a conversation during the recent meeting with British prime minister, Theresa May. In a casual chat she’d talked about Britain’s steeped political history and our youngest ever prime minister, William Pitt the Younger, who was just 14-years-old when he became prime minister in 1783. [This might sound young, but the average age of the population following the Bubonic Plague was just 19 – and, in a similar historical misunderstanding, an average age also later adopted by America for conscription to the war in Vietnam.] It’s believed Ivan Vladimir Trump will then be groomed to be the 46th POTUS in 8 years time, with Ivanka likely to remain as his official assistant, but with a subtle switch of name plaque on the office door to read: First Mother.

It’s also rumoured that Donald Trump’s brain – assuming it hasn’t been already – will be cryogenically frozen by the same laboratory. And, as evolving technology allows, he will then run for a future presidency. Although it will no longer be POTUS but simply President of the 71st State of the Anglo-Russian-Chinese Empire.

It’s morning. And Donald packs up his briefcase, affectionately grabs his wife’s pussy, pats his lovely daughter’s ass … ‘If only,’ he thought … yells at Juan, the gardener, to stand on the other side of the ornamental wall he’s asked him to build, and sets off for his new work experience placement at The White House.

At 70-years-old it’s relatively old to consider starting a new career for which you have absolutely no experience but Donald has ambitions to one day become an intern.

Unfortunately, when Donald later bursts into the Oval Office without knocking he’s immediately shot in head, many many times with an assault weapon, due to the country’s lax gun laws. “I thought he was an intruder,” Mr Obama later explained. “This orange face suddenly burst into the room and my first instinct was to protect my family … all Americans.”

Ahhhh, wait a minute. Is that an alarm? And all America then woke up to find themselves in the shower with Bobby Ewing.

One of the most dispiriting phrases you can hear is, Oh, I’ve always voted this way. It’s like bearing witness to some socio-political lobotomy scar; a myopic tribal ritual. And I live in a land where you can actually have more than two choices!

Well, it’s still ultimately two choices really [if you exclude the Liberal Democrats – seemingly marginalised for potentially trying to change things for the better and blamed for everything that wasn’t; and UKIP feeding off the increasingly rotting carcass of migratory fear], albeit Old, uh, New, erm, Socialist, umm, The Labour are attempting to devolve government to one … think, level playing field with an impenetrable wall built across the entire width at one end paid for by all the other parties and voters who get to do little more than prod at it with a toothpick. [Yeah, just the one. They were rationed by the Conservative government at fear of an uprising, in 2046, following their 7th successive term in government and the cancellation of the Great British Bake Off.] 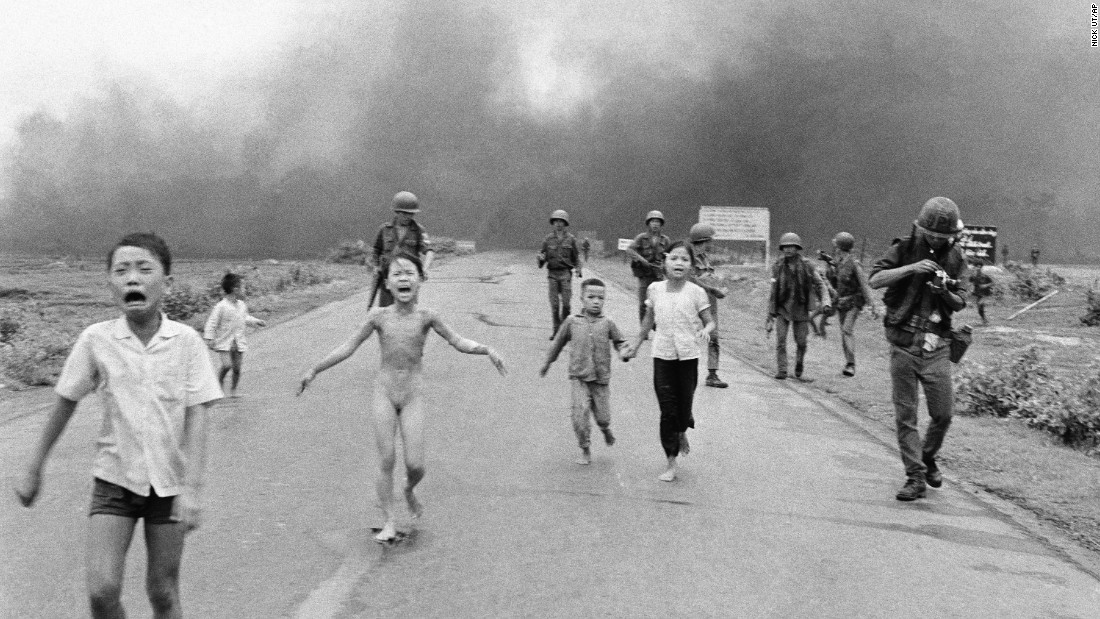 Images possess the undeniable power to potentially focus minds. Few will be able to forget the sight of the lifeless body of 3-year-old Syrian refugee, Aylan Kurdi, washed up on a Turkish beach in September 2015, or that of the Vietnamese ‘Napalm Girl’ [Kim Phuc – now 52-years-old and still undergoing treatment for the horrific injuries she sustained in 1972], or that of the solitary figure that stood in front of the tank in Tiananmen Square, Beijing, during the 1989 student demonstrations.

This weekend another extraordinary image emerged from a Black Lives Matter protest in Baton Rouge, Louisiana; the epitome of grace under pressure.

And amidst the chaotic turmoil – following further black deaths at the hands of the police and the police themselves in Dallas – the value of such imagery can never be underestimated. And with them, the hope that in the focusing of minds, things can change.

At the weekend I took my own image during the Bristol Pride march and wrote my own thoughts on my Instagram feed under the heading All Lives Matter: 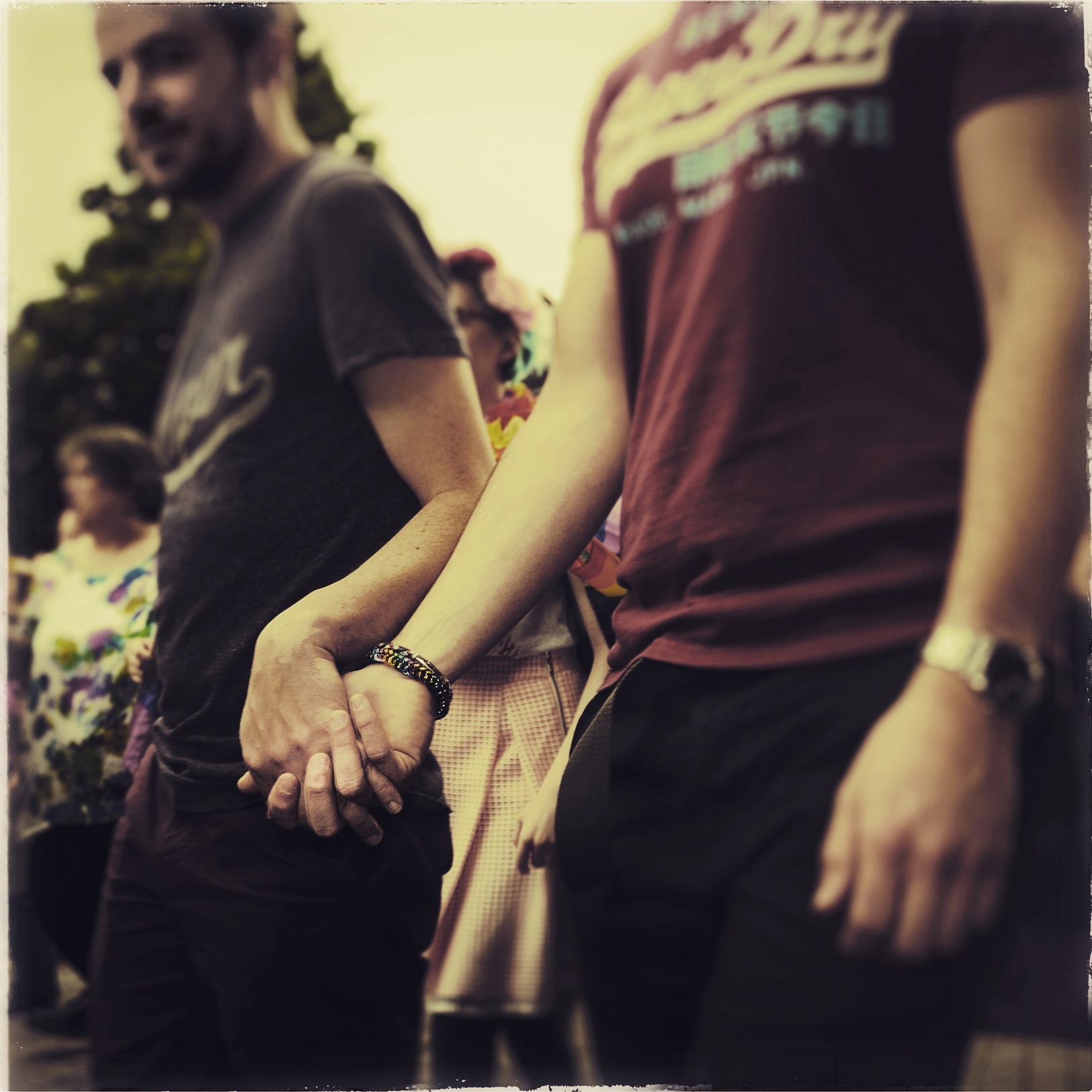 “… the event itself felt … timely … healing. Whether you’re part of the LGBT community, black [especially in America right now], an immigrant [especially in the post-Brexit UK right now], or a refugee, or you suffer with mental health, or even if you’re a traumatised England football supporter [or maybe that should be ‘sufferer’, too, like me] we’ve all felt doubt, fear and persecution served in a soup of misrepresentation and lack of understanding, uh, drizzled with ignorance. There will always be extremes of views, and it’s a sad fact that most of these extremes are invariably attached to the loudest, foghorn voices. But if there’s a crumb of comfort amidst any form of social chaos, maybe it’s that sometimes the quieter voices begin to be heard and the quietly complacent are less likely to keep sitting on their hands. We all have our individual lives but we will all ultimately stand or fall together.”

We live in a time where both still and video imagery are within relatively easy reach and can be immediately shared via social media; and despite the irritation often associated with their overwhelming saturation it can no longer be denied we now have the potential to inform, educate and shape debate and focus collective minds like never before.

Ena:  “I believe that respect is something that we should teach children as well as ourselves – on daily basis, critical thinking and accepting our differences, zero tolerance to all kinds of violence… It sounds Utopian but peace, freedom and equal rights to all is something I would love to see during my lifetime.”

Jeff: “One day kids will say what was a pride march? They will be amused by racist stupidity (as their electronic DNA id will show 12 to 25 different nationalities). People are never more equal and accepting than when they are very young. Bigotry and hatred are learned behaviors and sadly undoing the teachings is almost impossible!”

Patrick: “Respect for all should be our battle. Battle of words and act of kindness towards the others . We are all different. This is our strength.”

Finally, in a sense that all our future hopes will be carried on the shoulders of the young and generations to come, I was incredibly moved to see another moment captured in the aftermath of the Euro 2016 final when this apparently inconsolable French fan was lifted from his own private torment: BBC clip