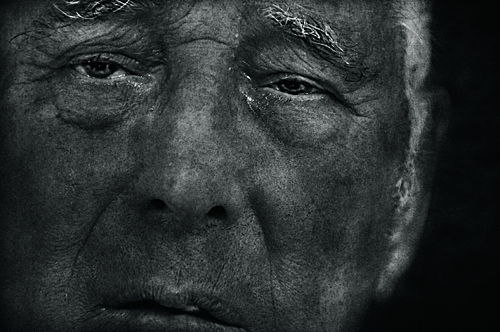 It was early evening before I managed to get in to visit and my footsteps quite literally echoed down the corridor leading into the ward. There were no other visitors, a skeleton staff and a swathe of empty beds; everyone who could be home for Xmas, long gone. An eerie calm now drifting through the normally animated and industrious air.

Dad greets me with a slightly weary smile and “I’ve not had such a good day today.” He says this without a trace of either humour or irony…

Thirty minutes in his company, however, soon reveals still further measurable improvement; brighter in his thinking [and demeanour, when more with it], almost effortless flexing of the knee, a creeping reaction in his arm and even the merest hint of a grip appearing in that, the most stubborn, hand.

That subconscious autonomic greeting, then, another reason for this document. We’ve all curiously enjoyed his sharp and gentle humour slicing through the otherwise heavily underpinned tension of the week. But this is also going to be a potentially significant factor in his battle to recovery; his humour can sometimes mask a default personality which will often sit with a drink held in a glass measured as half empty rather than half full.

The challenge facing the majority of stroke survivors is certainly multi-layered: the brain [already extraordinarily impressive in its rewiring project], the mind and body combining. The latter’s coupling intrinsically linked. Recovery is ultimately often measured in desire, determination and commitment to the challenge. [e.g. To actually do all the physio exercises that he didn’t do after the last hip replacement; rather than bemusedly complain about a lack of progress and an incredulity as to the lack of recovery via some mysterious form of osmotic ether!]

Festive baubles to you and yours. Next update is likely to be in a couple of days or three.