So, another Glastonbury Festival has slid into the muddy abyss; and all week regional hospitals have been reporting their usual increase of admissions with trench foot, dysentery, cholera and a pathological fear of public toilets. Climate change, meanwhile, rampages on unabated like an overwrought Coldplay set. 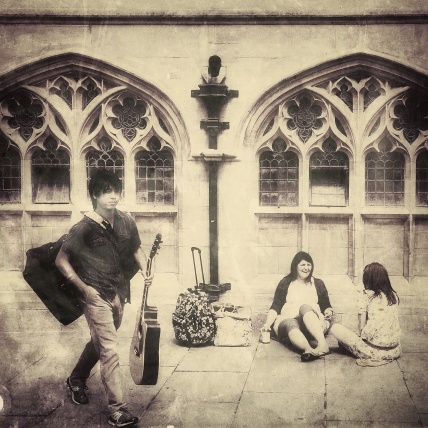 A musician without boots and revelers enjoying underground heating yesterday

Glastonbury needs to move with the times; this is the modern world. The time has come to install artificial grass and drainage. And for the remaining 51 weeks of the year the landscape could be dotted with herds of plastic cows; people could be employed to move them around under cover of darkness to give the illusion of a working farm. Or, if the budget allows, they could even make them animatronic; preprogrammed to sit down at the first sign of rain.

And with no more real cows, not only is the threat of disease virtually wiped out at a stroke, excessive methane farts and slurry are also eradicated*, thus repairing the hole in the ozone layer.

Either that, or simply move the festival into the local village hall. Sorted.

* This might also require some tighter constraints on some of the food stalls at the festival itself.